Create the geometry once and render at any resolution—that is the idea behind Algae.Canvas. Suitable for a variety of real-time tasks, including video games and and user interfaces, Algae.Canvas manages to render entire scenes in one draw call. 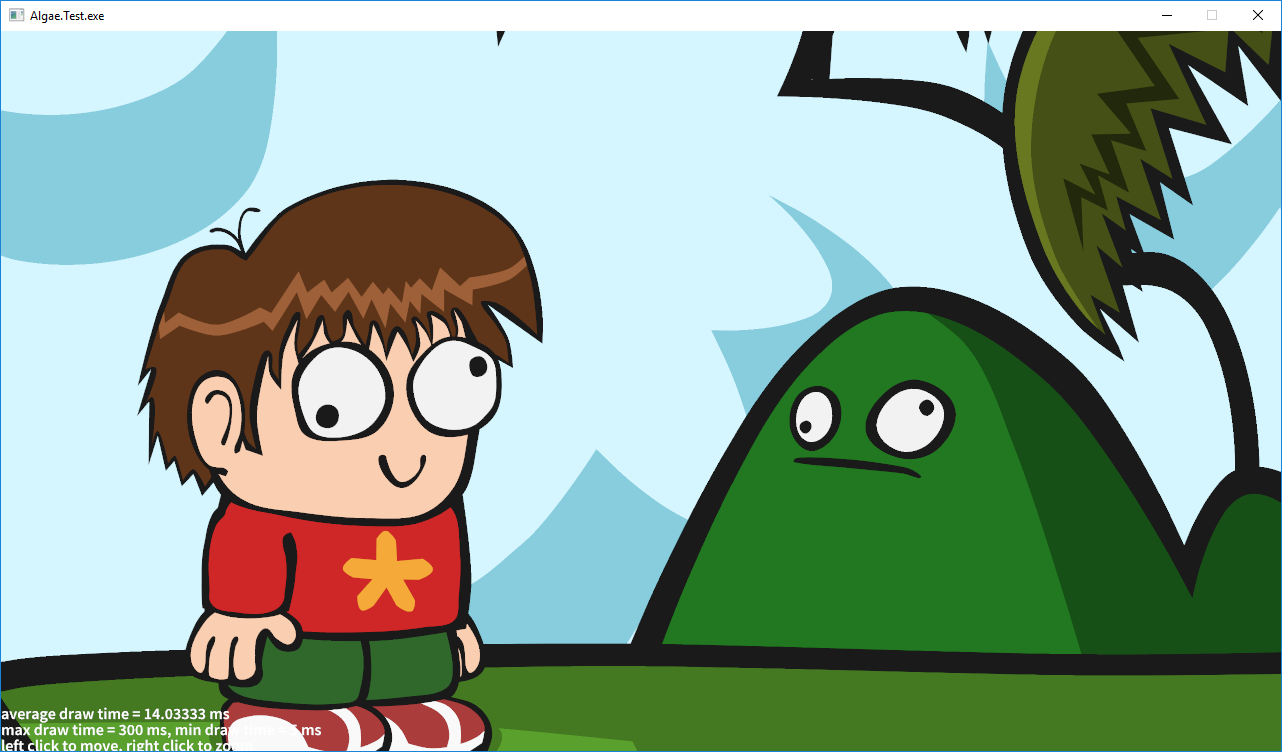 Most notably, Algae.Canvas supports rendering ‘groups’ with tint and alpha, as well as 255 nested levels of clipping, without having to create extra framebuffers. This is a marked difference from HTML5 canvas, which does not support alpha on groups of objects (instead, objects will bleed through each other, rather than masking each other). Again, this support is ensured with minimal draw calls and state changing; groups are supported for free, although clipping requires multiple draw calls per clip level.